Norbert Kurilla is responsible for environmental policies including international and EU affairs. In this capacity he has driven forward the Slovak government’s initiatives to promote a circular economy, including for the automobile sector, sustainable cities and the forest sector. Dr. Kurilla has a PhD in international economic relations and serves as the Vice-Chair of the OECD Green Action Task Force.

Founder and CEO at SWAPPIS

Tünde Fritzson-Bajdor holds an MSc in Sustainable development from Uppsala University. She is an eco-entrepreneur with a goal to raise awareness about the negative environmental and social impacts of the fashion industry. She started her business in 2014 with the idea to collect good quality preowned clothes from households and build up a network of conscious consumers. Her secondhand shop named Swappis, is based on a swap concept that keeps garments in use for a longer period of time and provides a local solution with tangible and measurable results that contribute to a circular economy. By encouraging people to buy second hand instead of new, our mindset shifts to a reuse culture and clothing does not end up in landfills. In practice those who hand in clothes to the shop receive points, become members of a community, and get discounts toward future purchases. In a short amount of time, they have built a community of over 3000 members in Budapest, Hungary and over 12,000 followers on social media portals. Tunde is planning to expand the business through a franchise system and create a webshop to build a much larger community.

Harald Friedl is a serial social entrepreneur. Since 2017, he is CEO of Circle Economy, an impact organisation of 50 people based out of Amsterdam with a global reach which is accelerating the shift from a linear to a circular economy.

Harald has extensive international experience running both for-profit and non-profit businesses with a focus on scaling impact. Prior to joining Circle Economy in 2017, Harald spent 5 years in South East Asia (Myanmar) where he co-founded Impact Hub Yangon and was Managing Director o a renewable energy company. Before that, he spent time working with the United Nations in New York and worked as spokesperson for the Austrian Government and advisor to the Austrian Deputy Prime daily show for economic news in Austria. Harald enjoys connecting with people, spending time in nature and nurturing ecosystems and people that are dedicated to making the world a better place for future generations.

Martyna Sztaba is the co-founder and CEO at Syntoil, a clean-tech startup which produces recovered carbon black from used tires. She graduated with a master’s degree in art history from the Jagiellonian University, studied Film and TV Production at PWSFiTviT in Łodż, and PR and Strategic Communication at SGH. She lives in Warsaw and has over 15 years of business experience as an entrepreneur, a curator, film producer, editor, and publisher. Before Syntoil she was a cofounder of a blockchain-based startup called Trivial.co and was also the Editor-in-Chief of the magazine ‘IT GIRLS’ – the world’s first printed magazine for women about technology. Currently, she writes about technology in business and has been published in ‘Gazeta Wyborcza’, ‘Wysokie Obcasy’ and ‘Przekrój’. She was a press spokesperson for the Art Museum in Łodź and the CEO of Korporacja Ha!Art.

Mirek has 18 years of experience in sales, strategic marketing, communication and company management at Hullabaloo, DDB Prague, DDB Vienna or Nestlé. At MIWA, he is primarily responsible for business development and commercialisation of innovation. The company has developed a standardized reusable packaging with RFID for distribution of dry and liquid products in bulk; this packaging works in tandem with unique electronic dispensers that are placed in shops. Thanks to data-driven operational efficiency and focus on brand/product quality tracking and communication, the system enables so called packaging-free sales for large brand owners and retailers. MIWA’s technology was awarded numerous innovation and social impact prizes and is used as “best practice” in materials published by the UN and EU. With the involvement of both global and local producers and retailers, pilot operations started in several countries in 2019. Further development of the technology includes solutions for consumer packaging and household management to reach a maximum convenience for shoppers.

Petr gained 9 years of experience in consulting with Deloitte. Petr has significant long-term mentoring / support experience with social enterprises as the Leader of 9 social enterprise acceleration programs and Member of the Board of Trustees at NGOs and foundations. He holds a Master’s Degree in Finance and has previous interim CFO experience. Petr supports the development of social business and entrepreneurship in general not only as a part of his work in Impact Hub, but also through his activities on the Board of Directors of the Česká spořitelna Foundation and as a co-founder of the first Czech impact investment fund Tilia Impact Ventures.

Svilen is a Systems Architect at Albena AD. He holds a Bachelor of Science in Computer Engineering from Rochester Institute of Technology in Rochester, NY, USA and a Master of Science in Software Engineering from University of Oxford in Oxford, United Kingdom. He is responsible for the company’s technological infrastructure and its future improvements, as well as intersystem communication and interoperability.

Albena AD is part of the INVADE project. INVADE reimagines the power grid. Renewable energies and electric vehicles (EVs) change the way we consume and produce electricity. It also changes the way those who manage and distribute it must think about the electricity system – to always provide the best possible service for the connected costumers. But these things are difficult, and often take a long time.

The goal of the EU funded Horizon 2020 project INVADE is to greatly speed up this process, by showing that the technologies and solutions we have today, only must be connected in new ways to solve the challenges of tomorrow.

Rambo is a well-known artist from Serbia who has a heart for sustainability. His unique Solar sailboat project for a cleaner Adriatic Sea is what we’ll be learning more about during his session. In his own words: “This project is actually the collection of all my tendencies, hobbies and passions in one place. Simply put, this solar sailboat is the prototype of my dreams.”

Founder and CEO of Pollenity

Sergey Petrov is the Founder and CEO of Pollenity (formally known as Bee Smart Technologies). He has a B.Sc. in Aeronautical Engineering and MA from New Bulgarian University. In 2013, he joined the prestigious graduate studies program at Singularity University in NASA Ames Research Park in California, U.S.

Sergey has proven track record as an entrepreneur in establishing Special Concepts (now Endurosat) in 2013 and helping in the development of Edynamo web design and solutions company. He has prior experience in the corporate world as part of multinational teams in Axway and Globul (now Telenor). Sergey’s passion for innovation has put him on many prestigious lists such as “30 under 30” by Forbes Bulgaria, Google’s “New Europe 100” and World Summit Awards winner of Environment and Healthcare 2016. He holds a certificate in “Social entrepreneurship” from Oxford and “Insights for Innovation” from Ideo.

In 2013, Sergey took part in the educational program Space Challenges, where students are encouraged to use high technologies in order to solve a significant problem. Sergey has always been intrigued by the bees – nature’s most important reproductive mechanism. When he found out what the effects of their extinction worldwide would be, he decided to put his knowledge and expertise into finding a solution to the problem. This is how the idea of an intelligent beehive system was born. Today, Pollenity’s products help beekeepers across the world keep healthier and stronger bees thanks to the unprecedented insights they get from their beehives.

Ivanka owns Ekofungi, a company that embeds sustainability into every step of mushroom and vegetable cultivation and runs EkofungiSchool where people can learn to design their business for sustainability. They were awarded the annual prize for the best innovative technology in Serbia in March 2014.

stuff and make things happen @ Puzl CowOrKing. In other words, I help people take decisions and ensure there aren’t any obstacles in their day-to-day work. Internally, I’m also know as the Scrum Flower Boy for my active Scrum championing.

Houdini Sportswear is a progressive and rapidly growing Swedish outdoor brand and a trailblazer in corporate responsibility. Since 2001, Eva has been redesigning business to become a force for good with a group of like-minded people. They do this by providing state-of-the-art circular products, offering product-as-a-service solutions, building a co-creative community for open-source innovation, sharing knowledge and inspiring to reconnect to nature. Rather than focusing on Houdini’s outstanding track record in sustainable development, Eva emphasizes the journey ahead and the untapped opportunities and abundant value in designing attractive and regenerative lifestyle solutions.

Houdini has a vision to create smart, multifunctional and durable clothing – both in style and quality. Having a 360-degree vision on sustainability, most of the products are made out of recycled and recyclable polyester. Some base lavers can even be composted and to reduce consumption, customers can even rent clothes in the store. This entrepreneurial thinking has resulted in several awards. In 2018, Eva received the NMC Award for sustainable leadership and Houdini won NK-Galan’s Innovation Award. The year before, Eva received the Pontus Schultz award for a humane economy.

Gerard specialises in urban and regional metabolism analysis and develops strategies to transition cities and regions towards a circular and sustainable state at Metabolic.

He analyses the current metabolism of cities and regions (the energy, water, and material flows within urban areas as well as the drivers behind these patterns and their impacts), and develops planning and development tools to transition them to a fundamentally sustainable state. He has worked in dozens of cities and regions across the Netherlands and Europe. Gerard is involved in academic research together with the AMS Institute, and organises an international Summer School: “The Circular City: Towards a Sustainable Urban Ecosystem”.

Gerard grew up in the north of the Netherlands, on one of the Frisian islands. Growing up close to nature, he developed an early interest in sustainable development and the interrelationships between natural systems and human society. He pursued these interests during this studies and received a Bachelor’s degree in Geography and Spatial Planning at the University of Groningen, and a Master’s degree in Environmental Sciences and Sustainable Development from the University of Utrecht.

Justus was born and raised in Germany. He lived, worked and studied in the United States, the UK and France. He obtained his Master’s degree in International Management at ESCP Europe, and is now working on systemic change towards sustainability at WWF Germany. His interests are planetary boundaries, circular economy, vegan food, sourdough bread, books, and music. 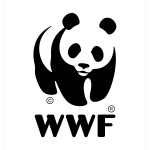 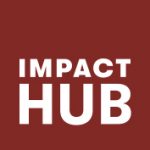 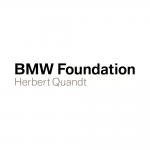 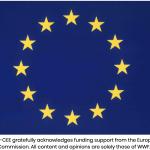 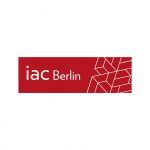 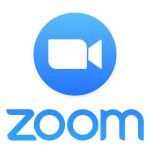