We’re On The Cusp Of A Reforesting Revolution

In Brazil, Nino Amazonas is working on an innovative concept to bring the reforestation of virgin forest to a new level…

Nino Amazonas grew up with a close connection to nature, and from an early age was upset by reports on the massive destruction of forests. When he grew older, he visited Brazil’s Tijuca National Park – a giant forest in the middle of Rio de Janeiro – that left him with an enduring Impression.

For the young Nino it was especially amazing that the forest looked so native, although most of it was the fruit of a lengthy restoration process! This was when his motivation to engage in reforestation began to shape.

Today, Nino holds a PhD in biology and has recently graduated from the University of Sao Paolo. This was where he first became aware of Impact Hub and WWF’s Environmental Challenge Partnership Program in Brazil. The Environmental Challenge Partnership Program is designed to foster innovation and entrepreneurship in forest restoration, with the goal of helping Brazil to achieve its restoration targets while providing visibility to pioneering initiatives.

Aiming to map, connect, drive forward and reward initiatives that restore Brazilian ecosystems using innovating and sustainable models, its aim is not only to provide financial rewards for the ideas that are selected, but to also create a collaborative network between the range of initiatives currently taking place in Brazil, boosting the restoration ecosystem.

To Nino and his colleague Carina, this program sounded perfect. So with their university-born project, they applied.

An innovative solution for reforestation

Deforestation is a global problem: cattle breeding and agriculture swallow huge areas of virgin forest and threaten the Earth’s “green lungs”. In Brazil, most farmers do not comply with reforestation laws and regulations due to week legal enforcement and little economic incentives to restore forestlands.

So what was Nino’s solution? Intercropping.

Collaborating with two of the biggest forestry companies in Brazil, Nino and his university fellows investigated and tested a concept that makes reforestation more economically attractive. Intercropping is a technique that was accepted for forest restoration in Brazil by a new legislation in 2012. This restoration method combines native species with other fast-growing ones such as eucalyptus, guaranteeing more immediate economic returns from selling wood, compared to earlier restoration models that would take farmers as long as 80 years to pay back. To offer a comparison: eucalyptus can be harvested within 4 years.

Much to the delight of Nino and Carina, their venture idea was one of eight chosen from about 100 applications from all over Brazil. And although they didn’t have any venture experience, they were happy to be participating in the program.

In a twist of fate, Impact Hub and WWF’s program took them to the Tijuca National Park in Rio de Janeiro – right back to where Nino was first convinced to engage in forest restoration.

When Nino and Carina entered the program, their idea was still in a very early stage. And during their participation, the team developed plans of what working as a consulting business for forest restoration, using intercropping, could look like.

They were too short on time to conceptualize and test a prototype product, but were nevertheless able to conduct market research to identify and analyse potential customers. The results revealed a lot:

Because of this, for the moment, Nino and Carina have put their project on hold, and are now waiting for the right time to launch.

Despite not having been able to implement their venture idea just yet, Nino, Carina and their teams have developed a scientifically backed concept of economically attractive forest restoration that can be scaled and adapted to other countries and their ecosystems.

Furthermore, they have already restored 30 hectares of virgin forests and planted 9,600 trees, using 50 different species in their research project. This goes to show that successful intercropping of native and foreign species is possible, and has huge potential for the future.

Stay tuned to their work to witness what could be the future’s reforesting revolution! 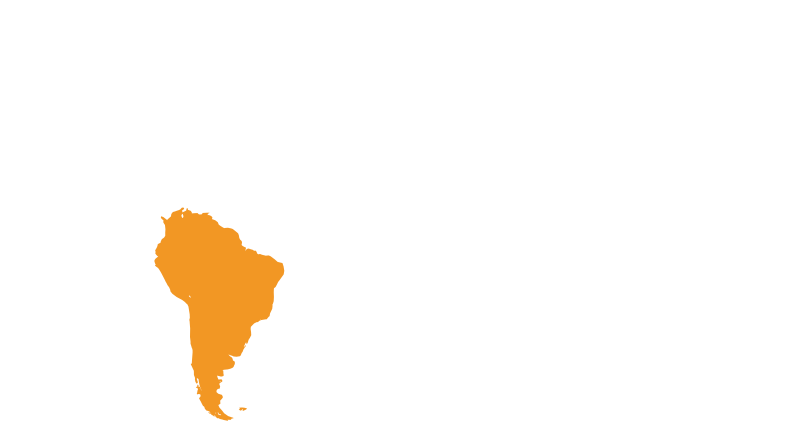