The second microgrant program of Impact Hub and WWF in Canada increased ocean health awareness and action in the Ottawa region.

How did the collaboration begin?

In 2015, WWF­ Canada and Impact Hub Ottawa came together to co-­create and launch Ottawa Wave Makers. The first­-of-­its­kind micro grant program was truly a collaborative effort: WWF Canada provided the funding, and Impact Hub contributed program management and participant engagement. After achieving great success in its first year, the decision was made to build on program learnings and run the Ottawa Wave Makers a second time in 2016.

What was the approach?

A micro grant program provides citizens with small grants to turn their ideas into action. In its first year, eight Wave Maker projects were selected and five in 2016. Within the five months of support from Impact Hub Ottawa, each project delivered an important message on why ocean health matters and how previously disengaged citizens can play a critical role in ensuring sustainable ocean habitats.

What skills did WWF and Impact Hub bring to the table?

1. Banning the Bead: A scientist mobilized Ottawans to conduct the first ever data­ sampling for microbead/microplastic pollution in the Ottawa River. The project included a media campaign to educate communities and consumers on the issue of microplastics. The goal was to influence the federal government to pass legislation banning the usage of microbeads in personal care and cosmetics products.

2. Digital Food Supply Chain: Transparent Kitchen is a startup that offers digital services to enabled Ottawa restaurants to showcase the supply chain for the sustainable seafood on their menus.

3. Ocean Explorer’s Test Kit: Water Rangers created test kits for citizen scientists to take to the ocean where they carried out scientific research to learn about the health of oceans. The project includes the kit, a field guide, in-­person training sessions, and an online video.

“The microgrant concept has proved to be an effective way to accelerate creative ideas from both grassroots citizens (entrepreneurially­-minded individuals) as well as established organizations working towards ocean or water-­related change. It has resulted in outcomes and impact that would not have happened but for this unique collaboration between WWF ­Canada and Impact Hub Ottawa.” 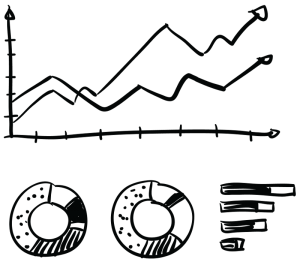